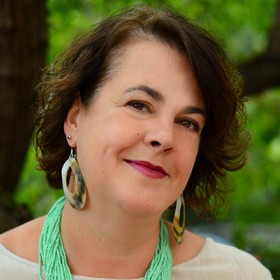 
The world of work is at a crossroads, shifting into a whole new culture of transparency, support, and collaboration. Yet many old methods are still in use, including performance reviews. We're beginning to create alternatives: 6 percent of Fortune 500 companies did away with performance rankings as of last year and more are following. 89% Of Respondents In The 2015 Deloitte Human Capital Survey were already planning to replace their performance review system in the next 18 months. Even if it's business as usual for now, employees can prevail over traditional performance reviews. And managers understand it's time to flip the script.

Joining us for our discussion on Job Performance is Tamra Chandler who is calling in from her washington state office .  Tamra Chandler is a bona fide People Maven. She's spent the majority of her career thinking about people, researching how they're motivated, and developing new and effective ways for organizations to achieve the ultimate win-win: inspired people driving inspiring performance. Chandler is also the CEO and co-founder of Peoplefirm, one of Washington state's fastest-growing businesses and most successful women-owned firms. An award-winning leader in her field (recognized twice by consulting magazine as one of the top consultants in the u.s.), she is the author of How Performance Management Is Killing Performance - And What To Do About It

Email ThisBlogThis!Share to TwitterShare to FacebookShare to Pinterest
Labels: Employee Personnel, How Performance Management Is Killing Performance - And What To Do About It, Job Performance, Tamra Chandler
Newer Post Older Post Home